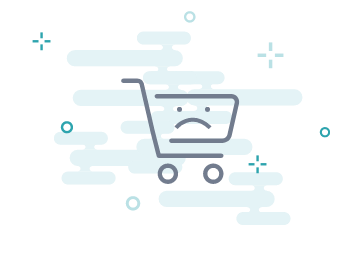 A bridal shower is one of the happiest moments in a womanâs life outside of the nuptials itself. With the party room sprayed with decorations and ornately appointed tables and chairs, the fun can begin.Â Personalized bridal shower favors are a great way to make memories of your special occasion last forever. Customize them by adding the bride's name and a fun clipart design to make bridal shower gifts everyone will love.

Letâs look at five wonderful games and activities for this special event:

This adapted game is not just for Tuesday night bingo gaming at the local church.Â  This version, specifically made for bridal showers is a lot of fun.Â  First, go online and look for the bridal showerÂ bingo cards for all the participants.Â  The bridal shower guests fill in the spaces with what they believe the bride will receive in gifts that have been brought to the party.Â  As the bride opens her gifts the guests remove each gift item from their card until five hearts are revealed and that person is the winner.Â  A special party favor can be given for the winner with consolation prizes for the others.Â

Otherwise known as guy repellant, the maid of honor or the person organizing the shower can download a list of romantic quotes from popular movies.Â  The party favors at this event can include a custom pad and pen that have the occasion imprinted on them.Â  Here are the answers to the downloaded quotes in order from the downloaded list:

End the evening with one of these movies or another like them.Â  Serve refreshments and lots of tissues!

All of us hear or read something about a celebrity who is getting married, already married or just got divorced.Â  The organizer of the bridal shower downloads a list of celebrity names and the guests answer who they think is married or not married.Â  The guest with the most right answers wins the game and whatever the coveted prize is at this festive event.Â  Other party favors can be shared or awarded to remember the good times of this occasion.

Did you catch that?Â

Before the shower begins, the first party favors and gifts can be given and awarded by coming up with as many associated words and phrases with the word âwedding.â The guest with the most correct words or phrases within two minutes of a given signal wins the initial prize.Â  The organizer downloads from the internet the catch phrases and cards.Â

The shower organizer presents a tote bag or a purse that has 15 to 20 items in it that a bride might take with her on her honeymoon.Â  The contents of the bag are taken out one by one and shown to all the party participants.Â  Then they are placed back in the bag and hidden away for a short time.Â  The organizer then hands out a custom writing pad and pen commemorating this shower event to each person.Â  The signal is given that all in the room have two minutes to write down what they recall is in the bag.Â  The winner is given a special prize and the bride receives the whole bag as a special gift to her.Â

Donât think for a moment that bridal showers have to be dull.Â  They can be filled with a lot of fun, food and entertainment. Â Create the festive environment with appropriate decoration and a bunch of party favors for quick handouts and special gifts.Â  Let all depart with great memories and something tangible to display in their homes.